Women in Leadership provides a quarterly report to WIL members and friends containing important news concerning women’s and reproductive issues as well as news about WIL and its members.  If you come across news you think appropriate for our newsletter, please forward it to Isabel Irvine at isabelsirvine@gmail.com.  We hope you will find The WIL Reporter interesting and educational.


BE GLAD YOU DON'T LIVE IN TEXAS

HOW BAD CAN IT GET: INDIA MAY HAVE THE ANSWER

NOVEMBER 10TH: MONA SHADIA TO SPEAK ON "THE CHALLENGES FACED BY MUSLIM WOMEN IN SOUTHERN CALIFORNIA DURING THE TIME OF TRUMP" 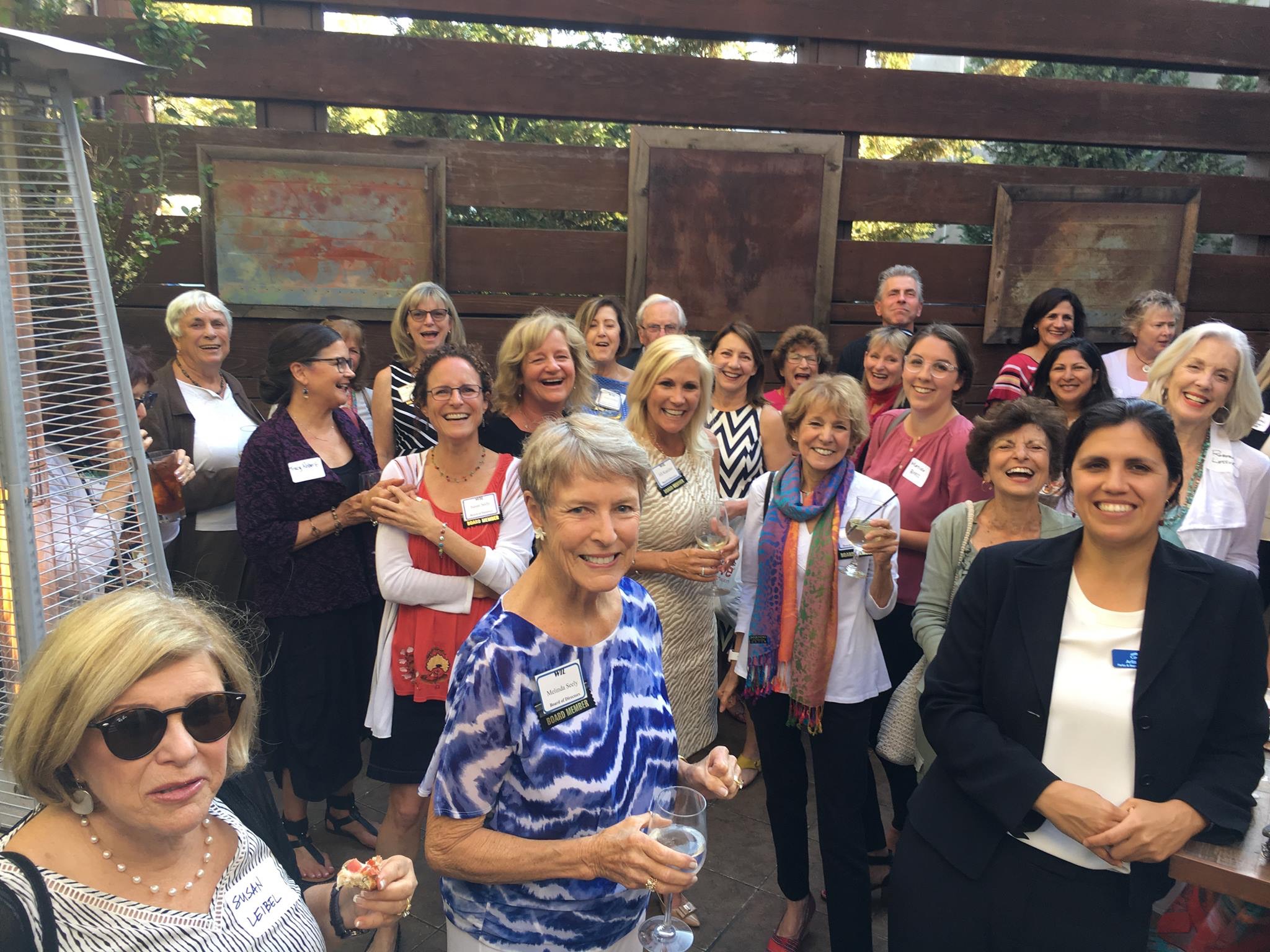 Thank you to everyone who attended WIL's Summer Reception event on June 28, 2017. We had a great turnout of local women and local elected officials.  There was plenty of good conversation, good company, and good food for all those who attended.

Also, an extra special THANK YOU to WIL board members Jill Kanzler and Mary Bayer for their generosity in hosting this fun summer event.


BE GLAD YOU DON'T LIVE IN TEXAS

From the New Yorker, JULY 10-17 EDITION, “AMERICA’S FUTURE ISTEXAS.”  This is a horrifying article – you can read it on-line, but here’s a quote from the article that makes us quake with fear.

“In May, 2011, Governor Perry, who was gearing up for his first Presidential race, signed a bill requiring all women seeking an abortion to have a sonogram at least twenty-four hours before the procedure. Carol Alvarado, a Democratic state representative from Houston, pointed out on the House floor that, for a woman who is eight to ten weeks pregnant, such a law would necessitate a “transvaginal sonogram.” She then displayed the required instrument to the discomfited lawmakers: a white plastic wand resembling an elongated pistol, which would be inserted into the woman’s vagina. “Government intrusion at its best,” she observed.

Between 2010 and 2014, the proportion of women who died in childbirth in Texas doubled, from 18.6 per hundred thousand live births to 35.8—the worst in the nation and higher than the rate in many developing countries. These figures represent six hundred dead women.”

As reported in the Atlantic Magazine, a group of “pro-life” Democrats has requested that the Democratic party officially drop its opposition to the Hyde Amendment (the law that prevents federal funds from being used for abortions in most circumstances) and start to support Democratic candidates opposed to abortion rights.

The Democratic Party’s current platform is unequivocal in its support for “safe and legal abortion.” In the wake of the 2016 election, however, party leaders have attempted to walk a fine line between affirming the official party platform and suggesting that there is still a place in the party for pro-life Democrats.

In April, Democratic Party Chair Tom Perez suggested that the Democratic Party should not “demand fealty on every issue,” including abortion. NARAL responded that “if Democrats think the path forward following the 2016 election is to support candidates who substitute their own judgement and ideology for that of their female constituents, they have learned all the wrong lessons and are bound to lose.”

Following that backlash, Perez issued a statement  widely viewed within the party as setting forth a litmus test on abortion. “Every Democrat, like every American, should support a woman’s right to make her own choices about her body and her health. That is not negotiable and should not change city by city or state by state.”

The DNC has since sought to clarify its stance on abortion rights, but not particularly successfully. Various party spokespeople have said both that the party does not believe in a litmus test and that  DNC Chair Perez had never said he did not support pro-life candidates.  It’s looking squishy.

We suggest you all stay tuned and be prepared to act if it appears that the Democratic party starts to move forward to abandon its long-time protection of women’s reproductive rights.

HOW BAD CAN IT GET: INDIA MAY HAVE THE ANSWER

The New York Times recently printed an article on a 10 year old girl who was raped and impregnated by her uncle.  She was denied an abortion by the court and eventually gave birth.  Is this was the “pro-life” forces hope to impose on American girls and women? 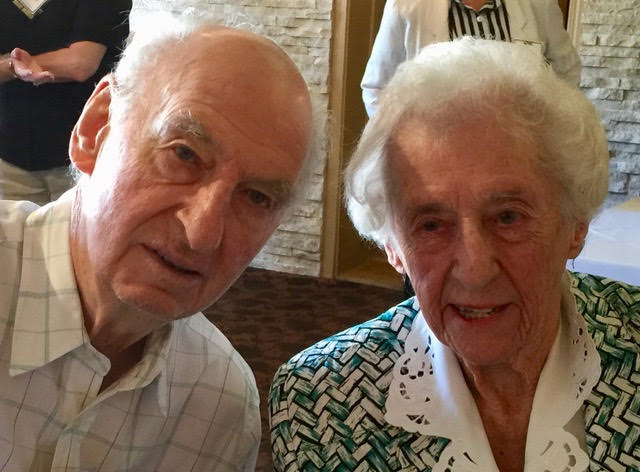 Myra and Larry have been married for over 62 years and have two daughters of whom they are very proud. Their daughters are both active in charitable endeavors benefitting of under-served needs.

Myra's adult life has included a wide variety of professional and charitable roles -  Girl Scout volunteering, Registered Nursing,  public school teaching, retail wig shop ownership, real estate sales, and real property management.  Larry was on active duty in the military for over four years, owned a floor covering business and started a law practice which is still ongoing. He was on the Board of Directors of Planned Parenthood of Orange and San Bernardino Counties Both Larry and Myra are active in charitable organizations that serve children and women, and believe WIL is a worthy organization serving a very important role in improving our government (ie we need more women elected and appointed).  We are pleased to see both Larry and Myra at many WIL lunches and WIL is proud to have such committed and accomplished members."

HOW WE ENDORSE CANDIDATES:

Our mission is to endorse and support women candidates who believe in ensuring access to reproductive education and healthcare for all women.
We receive requests for WIL endorsements from candidates throughout California but reserve our endorsements and resources for those for whom some (or all) of our members can vote or in exceptional cases for an office in an adjacent county.  We may endorse  candidates running for statewide office (for example, US Senate or State Controller) because our members can vote in these elections.

Once a candidate clicks on Endorsement/Guidelines on the WIL website (www.womeninleadership.com), she will see our full endorsement policy.  We invite you to read these guidelines to better understand this process.  What follows is a summary of our endorsement criteria and process:

1.  A candidate must be pro-choice (support the right of a woman to make her own medical decisions, including the right to choose and have an abortion)
2.  She must be a viable candidate (have a campaign organization with a solid volunteer base and/or staff)

A candidate must request access to the WIL questionnaire and then submit the completed form.  If responses to the questionnaire are consistent with WIL policy, the WIL Board of Directors will interview and vote on whether to endorse the candidate.

WIL is non-partisan position and may endorse more than one candidate for a single office or remain neutral and not endorse any candidate.  Endorsed candidates are required to become members of WIL if they are not already members.

Please let the WIL Board of Directors know if you have any questions about this process.

BECOME A MEMBER FIND AN EVENT