Laura Oatman: The Road to Success:

How She Became a Political Star in Only One Year 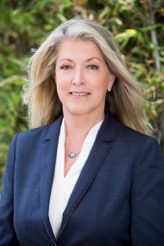 This is the sort of story WIL loves – the story of a woman with no political experience willing to step up to run for office, but savvy enough to know when to step back.

Laura, an architect with no political experience, but also with an intense drive to take action after the 2016 election, threw her hat in the ring for the House seat held by Dana Rohrabacher.

As a candidate, Laura was terrific and impressive.

Yet,  given California’s “top two” primary elections, Laura realized that she was unlikely to win, and that by remaining in the race, she could actually help place two anti-choice Republicans into the general election.  Unlike most of her competitors, she put the goal of electing a progressive to replace Dana over her own political ambitions and graciously dropped out, thus helping to guaranty that one pro-choice candidate would be in the general election in the fall against Dana.  WIL saluted her for her decision.

Laura threw her support to Harley Rouda.  His victory was in great part due to her tireless commitment to work for his victory. She now runs Harley’s local constituent office and is deep into learning how politics really works.

WIL views Laura as a remarkable role model for every women thinking of entering politics.

We are proud of Laura and are certain that she has a bright political future. We expect that WIL will have the honor to endorse her in her next run for political office, this time successful.

Come hear her amazing story – the story of how an architect with no political experience became a savvy, principled campaigner, political advisor and future office holder in only one year.