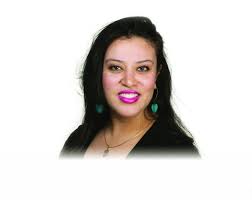 Mona Shadia is an award-winning Egyptian American journalist and writer. She worked as a professional journalist for nearly a decade for several newspapers, including the San Bernardino Sun, LA Times Community News and the Orange County Register. Many of you may have read her award-winning column in the LA Times and the Register on life as a Middle Eastern and a Muslim woman in America, where she poignantly addressed issues from religion and women’s rights to gender relations and cultures. She continues to write a column for The Blog at the Huffington Post and at CairoScene.com, an online lifestyle magazine based in Cairo, Egypt.

Mona is also an adjunct community college political science instructor. She is passionate advocate for women’s rights, freedom, justice, and a fighter against human rights violations throughout the world. Mona graduated from Cal State Fullerton. She moved to the United States with her family when she was 15 years old.