Due to a scheduling change, our original speaker Mona Shadia is unable to speak to us on November 10th but will reschedule for early 2018.

In the meantime, we are happy to announce our new scheduled speaker 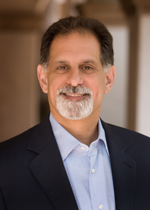 Jon Dunn has been the President and CEO of Planned Parenthood, Orange County and San Bernardino for 24 years!  In fact, our Board member Tricia Nichols was on the Board of PP when Jon was hired.

The political arm of Planned Parenthood Affiliates of California (PPAC), known as the Community Action Fund, is a 501(c)(4) organization and is a force to be reckoned with.

PPAC’s mission is to create a personally and politically safe climate in which individuals have universal and unfettered access to sexual and reproductive health service and are free to follow their own beliefs, values and moral code when making decisions about these services.

Planned Parenthood believes in an informed electorate. The Community Action Fund distributes its voter guides, and builds strategies to defeat candidates or incumbents who do not support reproductive freedom. Planned Parenthood was the sponsor of the huge women’s march on March 21.

The Community Action Fund is totally focused on the 2018 elections.  It is doing some exciting things aimed at making significant legislative changes.  Planned Parenthood is also planning another march!!

Jon Dunn has the scoop.