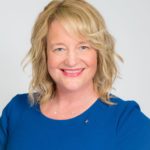 Katrina is running for the California State Senate!

Katrina has had a long list of political victories.  She is the very first elected mayor of Costa Mesa, a position she won in the 2018 election.  Prior to her election, she had served on the Costa Mesa City Council for 10 years.  She has also served on the Newport-Costa Mesa School Board.

Katrina has always supported women in politics. She has served on the Board of WIL, and as Chair for one term.  In the last election, she worked hard to change the Costa Mesa City Council, and was 100% successful.  The City Council is now dominated by progressive women after having been controlled for years by right-wingers.

In addition to her successful political life, Katrina has an active law practice and two terrific sons, now college aged, whom she raised along with her husband, Casey.

Katrina is running in Senate District 37 against incumbent John Moorlach and a male Democratic.  The 37th includes all or part of Newport Beach, Laguna Beach, Huntington Beach, Irvine, Orange, Lake Forest, Villa Park and Anaheim Hills.  This has been a Republican seat for years, but 2018 showed us that we can flip even the deep red seats.  Although Moorlach has won decisive victories, he’s never faced such a strong opponent as Katrina. While the district has more registered Republicans than Democrats, there is a very large Decline to State contingent.  Plus, this district voted for Hillary Clinton in 2016.

This is clearly a seat that Katrina, as a pro-choice progressive, can win, with a little help from her friends, including WIL members!

Moorlach has a 90%+ rating from the pro-gun lobbies.  He has a 0% rating from Planned Parenthood and most conservation groups.  The differences could not be starker.