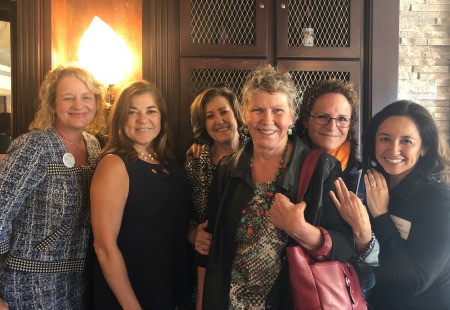 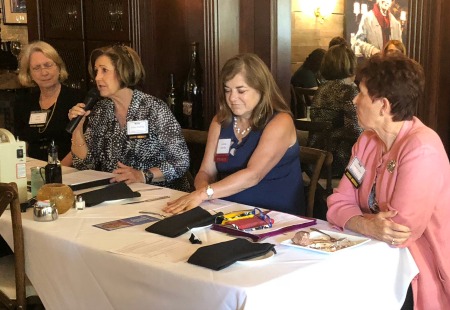 The WIL lunch on June 13 was one of our most successful ever, with over 70 in attendance, including many women who are running for office.  Our topic was "NOW WHAT???  THE PRIMARIES ARE OVER; WHAT DOES IT ALL MEAN?" and featured three political gurus, Republican Eileen Padberg, Democrat Louise Adler and Congresswoman Loretta Sanchez.  After lots of eye-opening facts about the results of the primary, the take-away was that, if we want to flip Congress and also get local candidates elected who support reproductive rights, we will all have to work harder than ever.  This means not only donating to these gutsy women, but making phone calls, walking precincts and giving fundraisers.  It will not be easy, but we can't stand still if we want to stem the tide and start to move our country in the right direction. 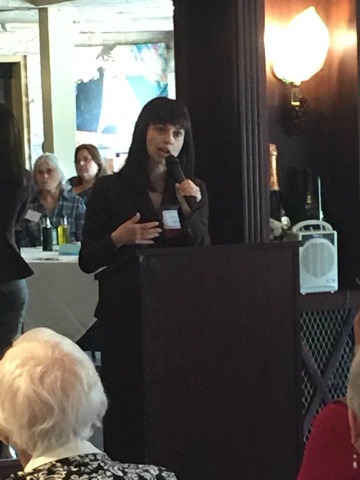 Dr. Jennefer Russo, Medical Director of Planned Parenthood of Orange and San Bernardino Counties, spoke to an enthusiastic crowd of WIL members and friends on April 13 at Antonello’s.

Jennefer stressed the fact that pregnancy rates have plummeted with increasing availability of family planning.  The Title X Family Planning Program, enacted under President Nixon in 1970, has provided millions of Americans with affordable planning services.  More than one and five women seek care from Planned Parenthood at some point in their lives. Funding for Planned Parenthood is now threatened. While family planning funding is being cut, the federal government is putting its dollars into abstinence programs and “Crisis Pregnancy Centers” – centers that appear to unknowing women to be either abortion clinics or unbiased counseling services, but which are actually anti-choice centers designed to pressure women into not having abortions.

Jennefer spoke of the lack of sex education in our community, notwithstanding the state requirement that it be taught in every school district. Planned Parenthood is now the single largest provider of sex education in the U.S. with a comprehensive curriculum covering birth control, STI’s, consent, puberty, communication skills, and decision making to kids, teens, young adults, adults, and parents.

One alarming trend discussed by Jennefer was the promotion of an alleged “abortion reversal medication” along with recent legislative attempts to require that women be notified of its existence despite no scientific proof that it works.

The following two websites were provided where we can obtain additional reproductive news:

Guttmacher Institute -  A leading research and policy organization committed to advancing sexual and reproductive health and rights in the US and globally. guttmacher.org

Thank you to Delaine Eastin for being our guest speaker. Delaine is a longtime WIL friend, former CA State Superintendent of Public Instruction, and currently the only woman running to become our next California Governor. Delaine spoke to a room packed with WIL fans on the importance of budgets being statements of our values. The lunch crowd loved her talk and engaged  with her in a spirited discussion on the current state of California. 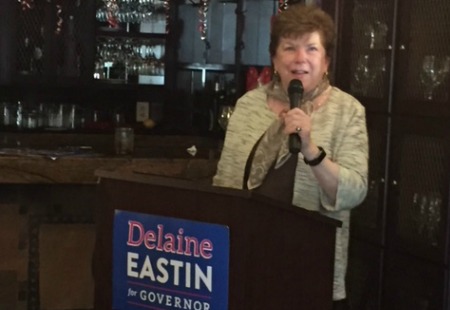 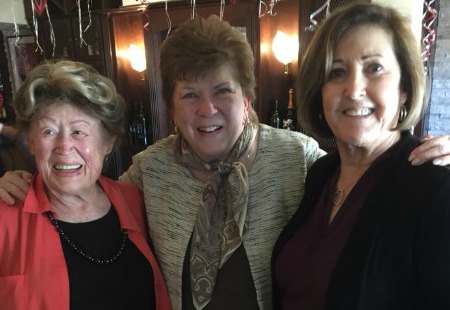 Frieda Caplan, Delaine Eastin, and Eileen Padberg
January 20, 2018 - Women's March OC
A Big THANK YOU to all those who came out to participate in the OC Women's March on January 20th in Santa Ana.

Now that the march is over, we must keep the momentum going for women's rights.  Join WIL today and get connected in our community to help women candidates who are dedicated to keeping access to full reproductive rights elected to local, regional, and state-wide office. 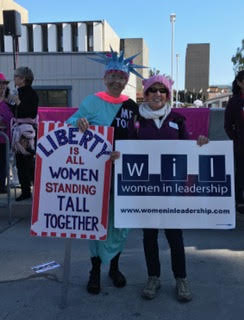 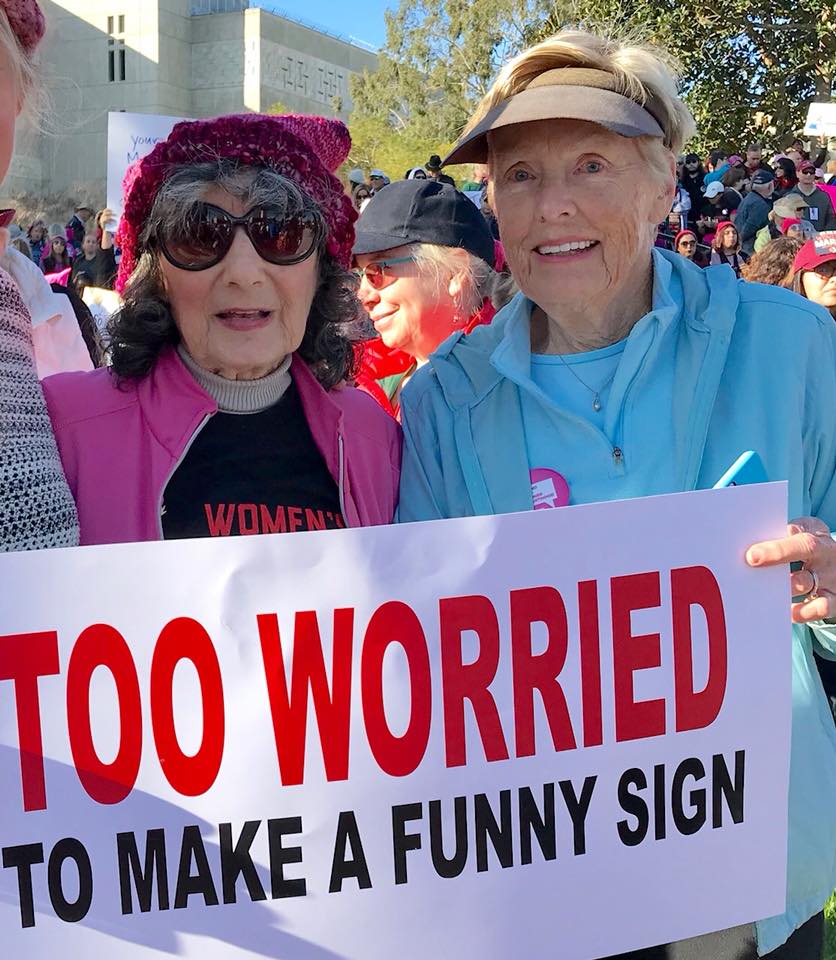 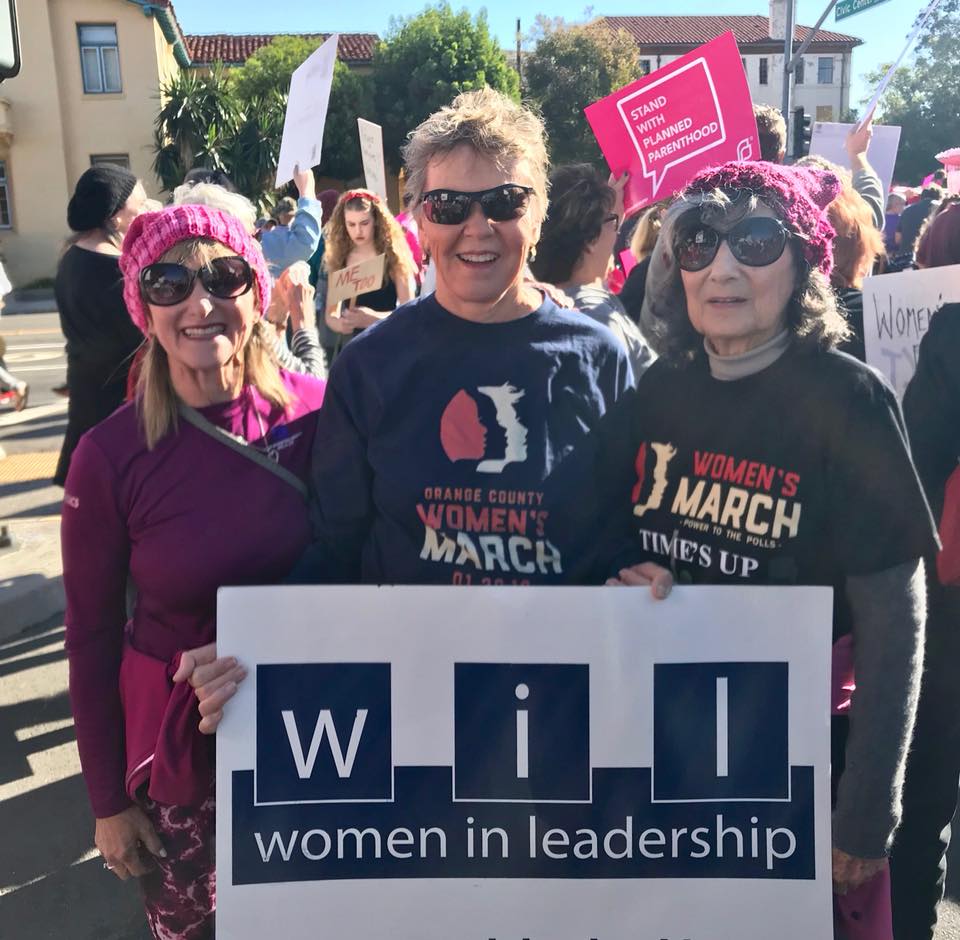 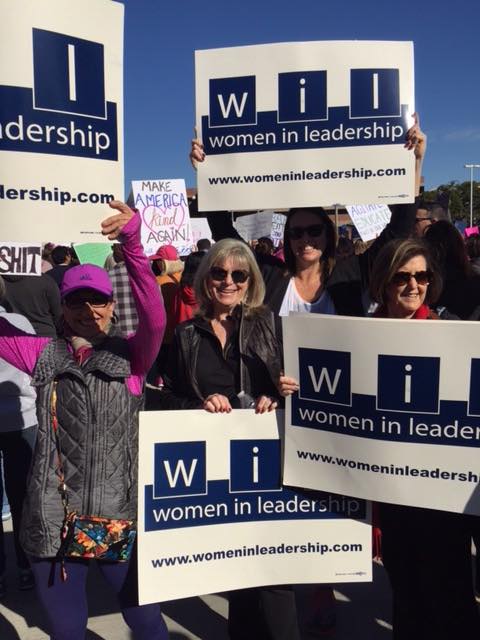 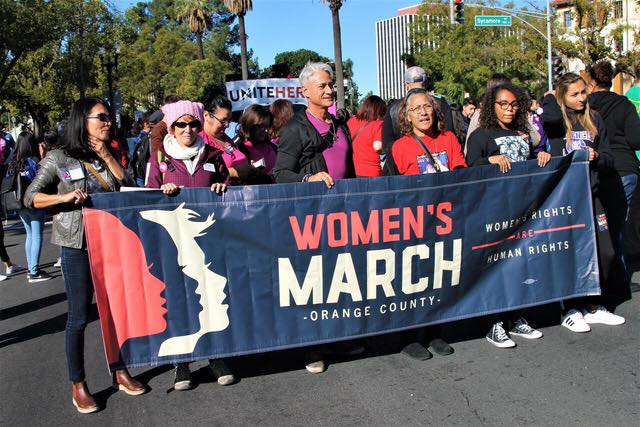 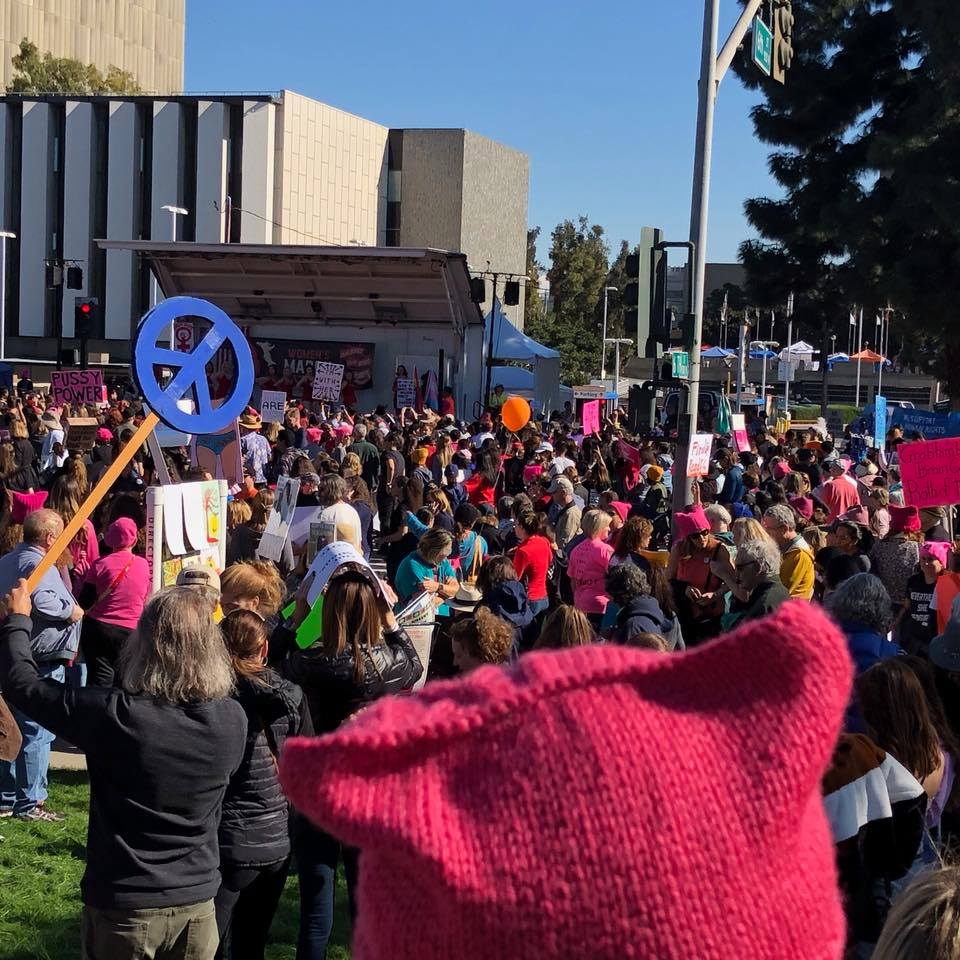 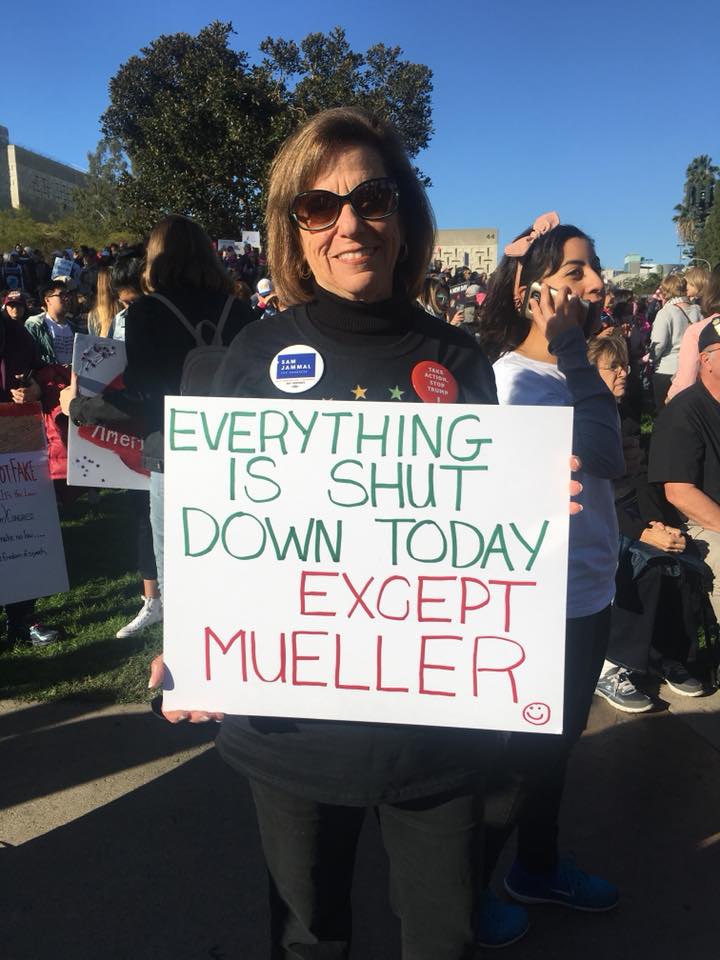 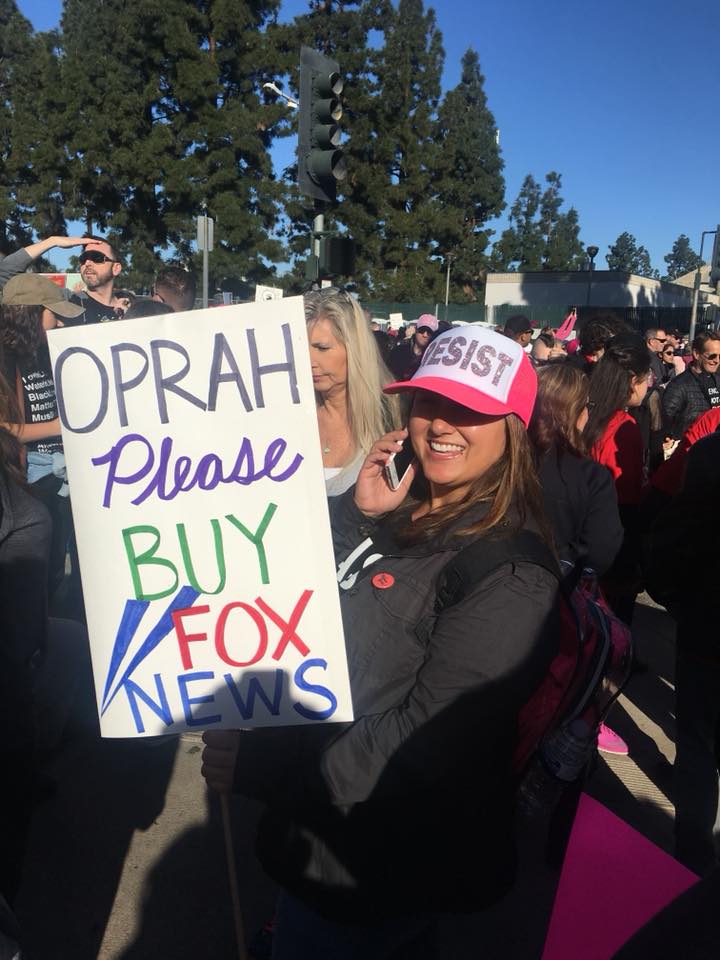 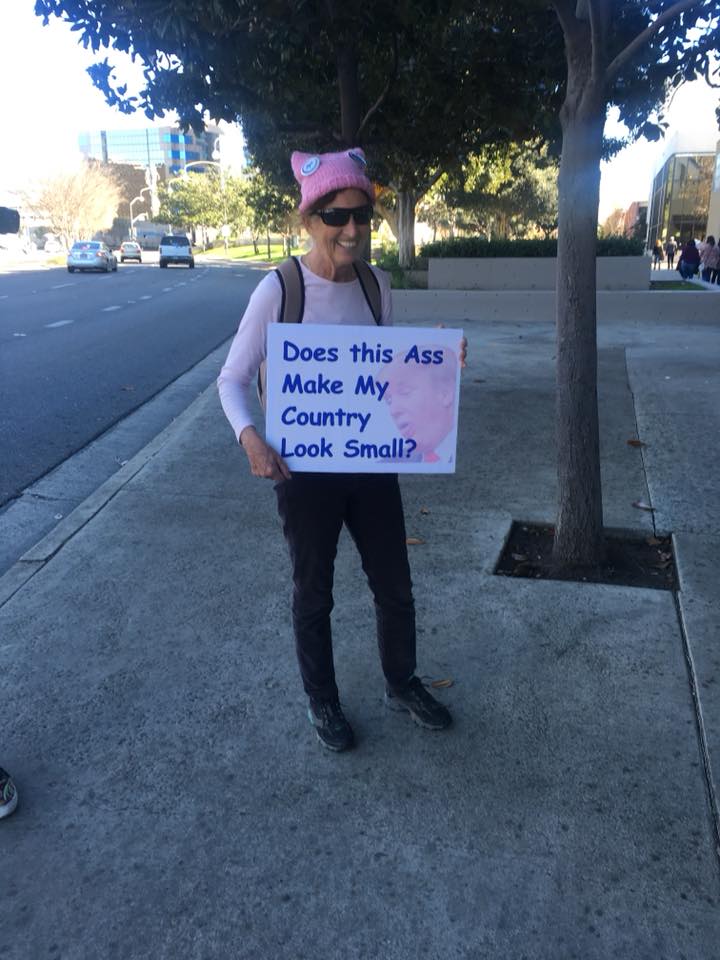 Jon Dunn has been the President and CEO of Planned Parenthood, Orange County and San Bernardino for 24 years!  In fact, our Board member Tricia Nichols was on the Board of PP when Jon was hired.

PPAC’s mission is to create a personally and politically safe climate in which individuals have universal and unfettered access to sexual and reproductive health service and are free to follow their own beliefs, values and moral code when making decisions about these services.

The political arm of Planned Parenthood Affiliates of California (PPAC), known as the Community Action Fund, is a 501(c)(4) organization and is a force to be reckoned with.

Planned Parenthood believes in an informed electorate. The Community Action Fund distributes its voter guides, and builds strategies to defeat candidates or incumbents who do not support reproductive freedom. Planned Parenthood was the sponsor of the huge women’s march on March 21.

The Community Action Fund is totally focused on the 2018 elections.  It is doing some exciting things aimed at making significant legislative changes.  Planned Parenthood is also planning another march! 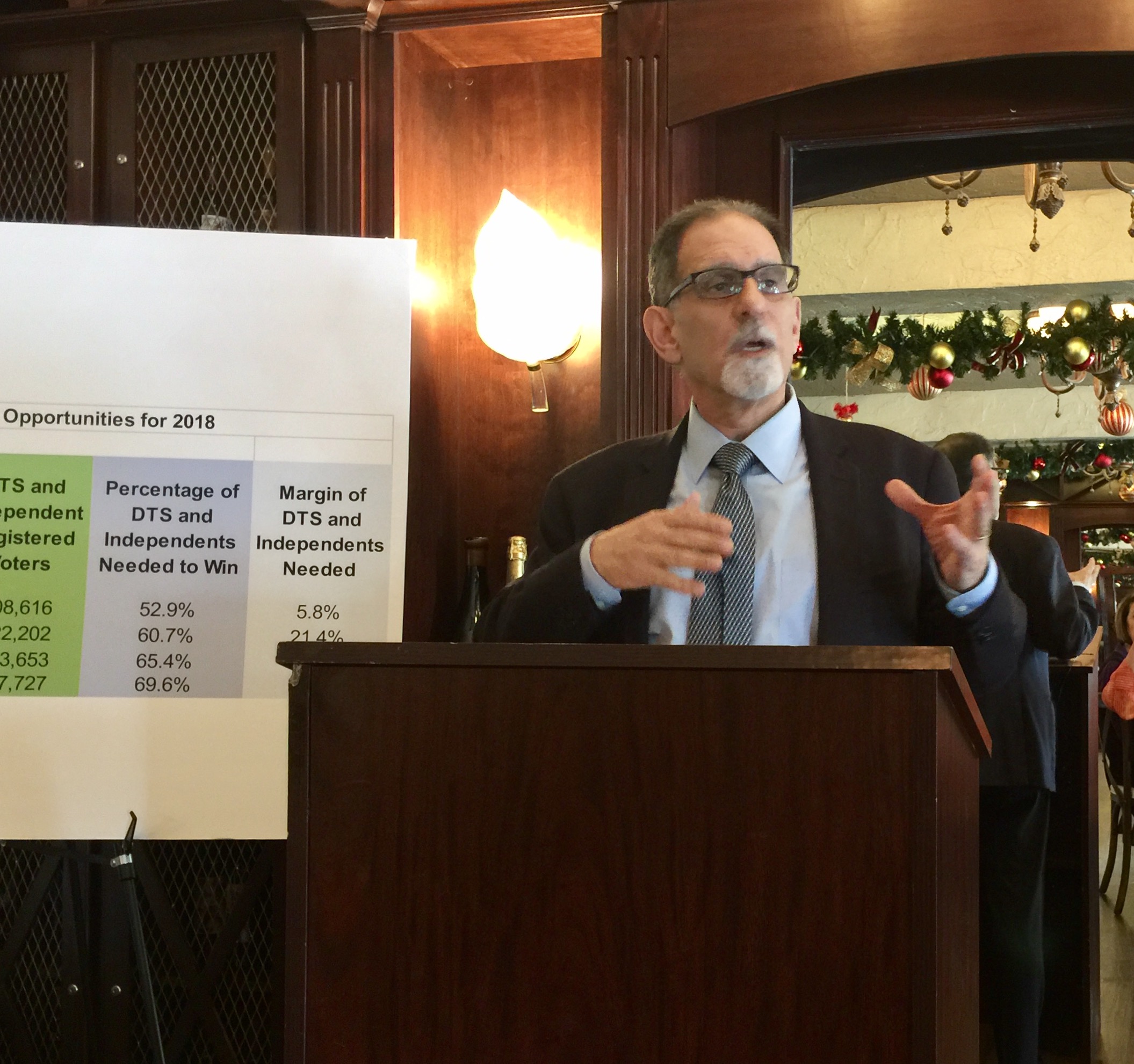 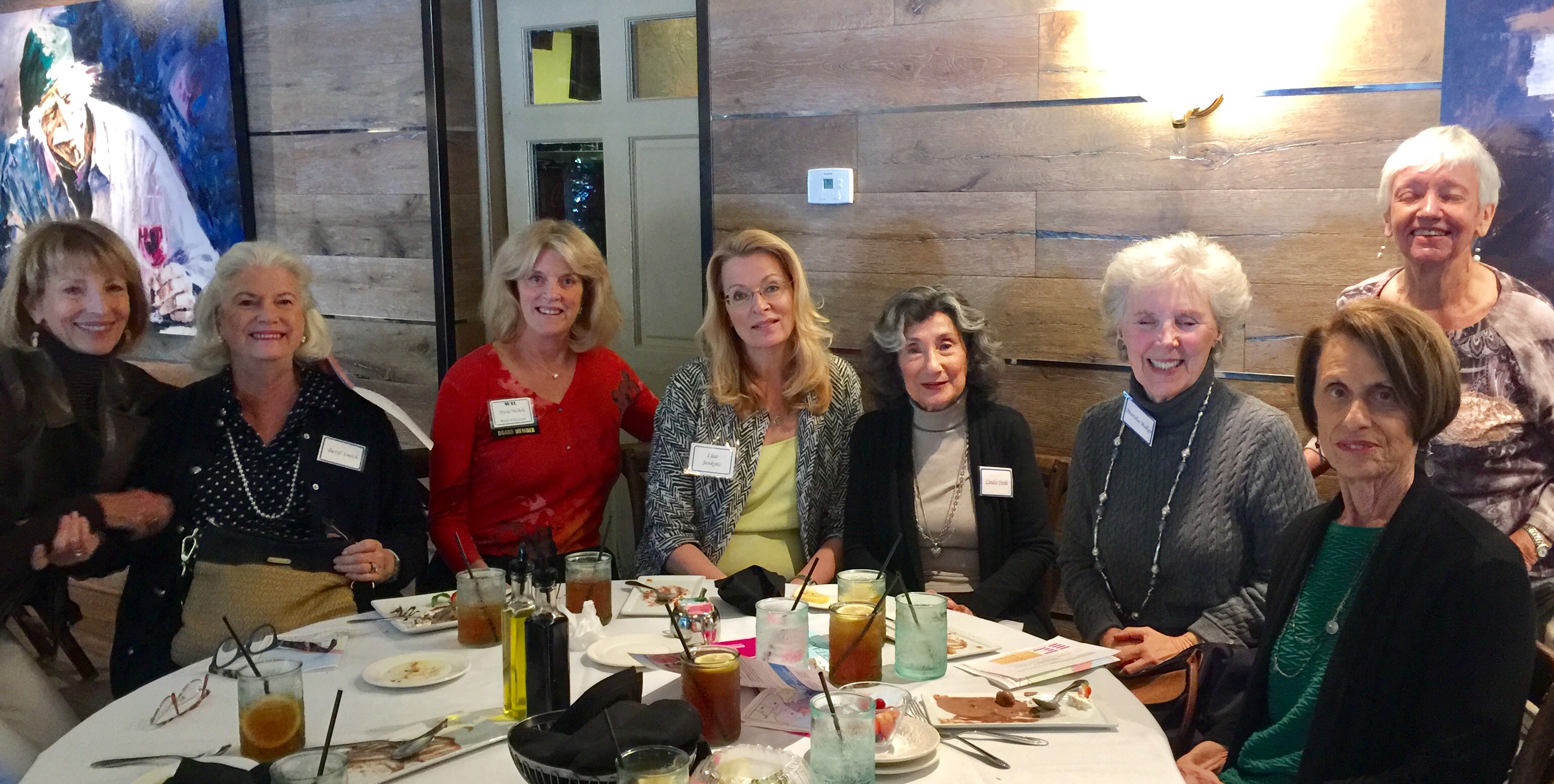 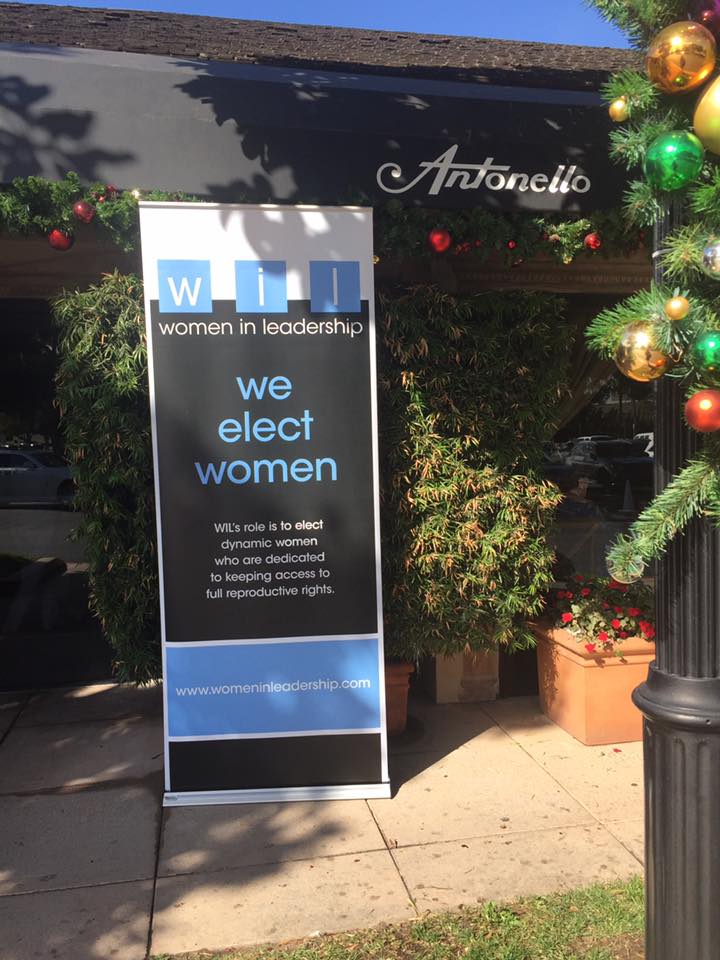 L. Song Richardson succeeded Erwin Chemerinsky to become Interim Dean of the UCI School of Law in July 2017. She is a multi-dimensional scholar with expertise involving the areas of Criminal Law and Criminal Procedure; Law and Social Science; and Law, Equality and Race. A graduate of Harvard University and Yale Law School, Song gave a compelling talk about unconscious biases and how they impact women striving to be successful leaders to a sold-out crowd of WIL members and guests at Antonello’s Restaurant. For more information on this topic, please view the report on the Perception Institute’s website. 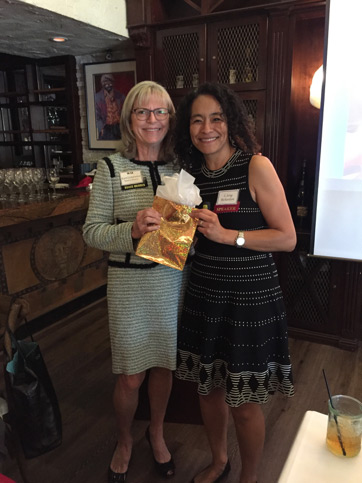 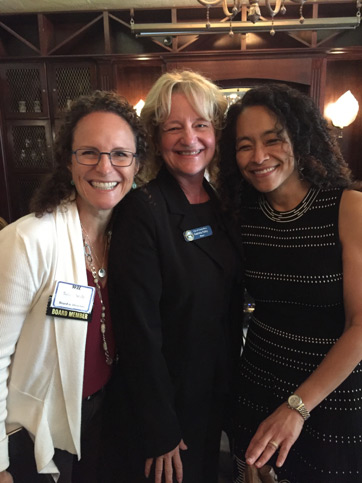 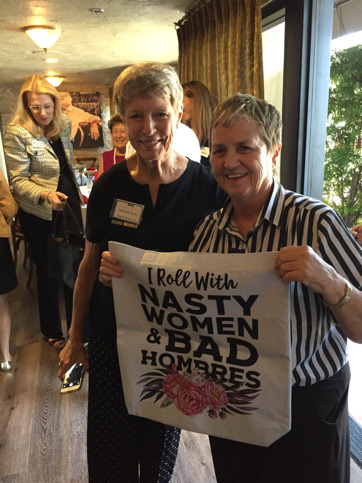 Women in Leadership kicked off summer with a reception to “Meet the Women of WIL” at Ecco Pizzeria in Costa Mesa. Hosted by WIL board members Mary Bayer and Jill Kanzler, members and guests were treated to wine and pizza as they learned more about WIL and met several of our candidates and elected officials. 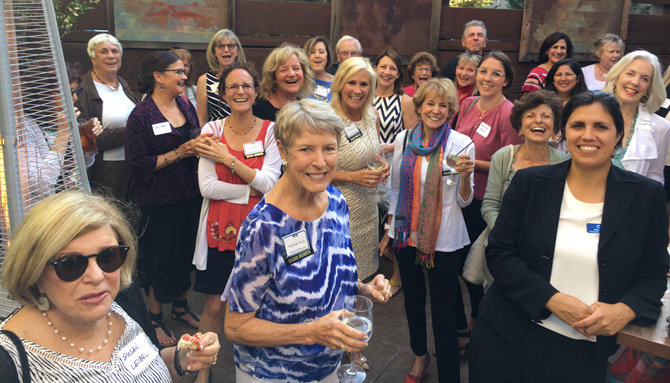 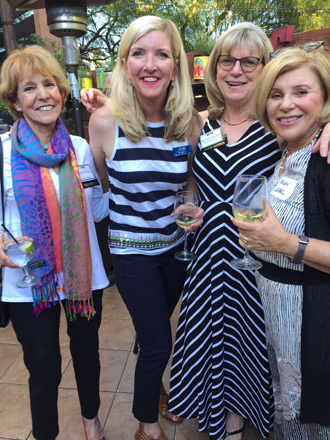 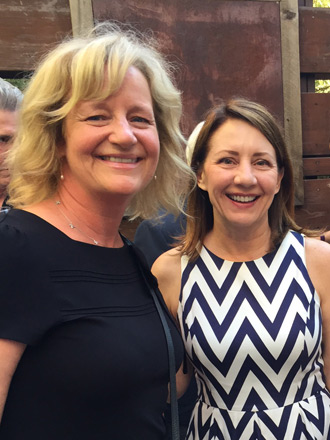 Sharon is one of WIL’s success stories, having won two out of her last three assembly races with WIL’s support. She is the only woman among Orange County’s seven state assembly members, and one of only two pro-choice members from Orange County. At our June lunch, Sharon shared with us how governing is working in Sacramento in 2017 and what our state government can do to fight back against the Trump assault on the basic rights of women. 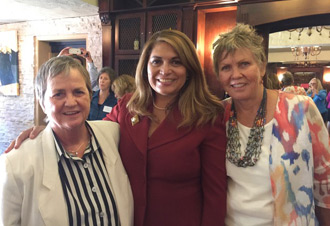 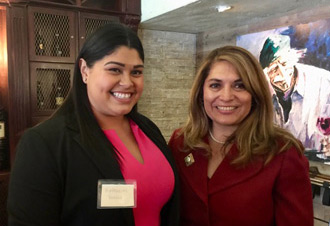 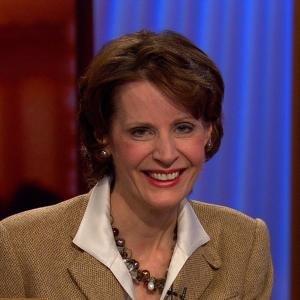 Joan Biskupic is one of the nation's leading experts on the U.S. Supreme Court, as editor of legal affairs at Reuters, a CNN legal analyst and Pulitzer prize finalist Supreme Court biographer and regular on PBS’s Washington Week. She was at UCI as a visiting professor at the UCI Law School. Joan provided us with fascinating inside information on the workings of the Supreme Court and the personalities of the various justices, whom she knows personally from the many interviews she has done with them over 25 years.

Mark Petracca is an Associate Professor of Political Science and Associate Dean of the School of Social Sciences at UCI. He was a quick-witted and entertaining speaker, taking nearly 70 WIL members and guests through the fascinating history of Orange County politics. He also provided a glimmer of hope about the changing landscape of party politics in Orange County, reminding us that Hillary Clinton did win Orange County – the first Democrat to do so in many, many 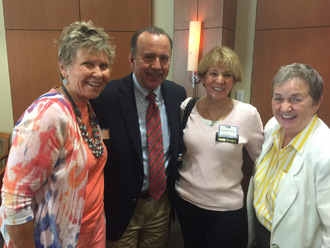 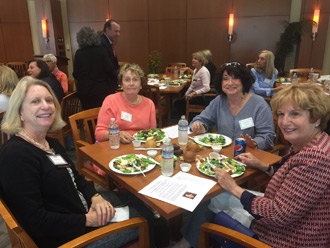 Michele Goodwin is the Chancellor’s Professor of Law at UCI and holds appointments in the UCI Departments of Public Health and Gender and Sexuality Studies.  She is a nationally recognized scholar in the field of reproductive justice. Her most recent book, Policing the Womb, is a chilling study of how states are using criminal laws as a tool to incarcerate, punish and humiliate poor pregnant women. Michele gave a dynamic, rousing talk about the way women’s rights are eroding under the reign of Trump.

BECOME A MEMBER FIND AN EVENT